Gentlemen & Ladies of the Regiment

As you can imagine there is huge media interest in Capt Tom Moore’s 100th birthday tomorrow (Thursday).

So much so, that if we were to attend in any form, we would simply be part of the backdrop and unlikely to get any air time whatsoever.

Thus with the agreement of the family we sent a small party to make a presentation, this afternoon, at 14:00hrs, which was a small and wholly Regimental affair.

The party consisted of:

The gifts that were presented included:

A cake with the Regimental crest and colours, which had been specially made by Betty’s of Harrogate.

An offer of lifetime membership of the Army & Navy Club.

The WW2 Defence Medal, which for some reason Capt Moore seemed not to have. Lt Col Badger (1Yorks) collected this from the Medal Office.

Tomorrow the BBC will be in the lead on events and I understand that amongst other things there will be a flypast of Army helicopters.

President of the DWR Regimental Association 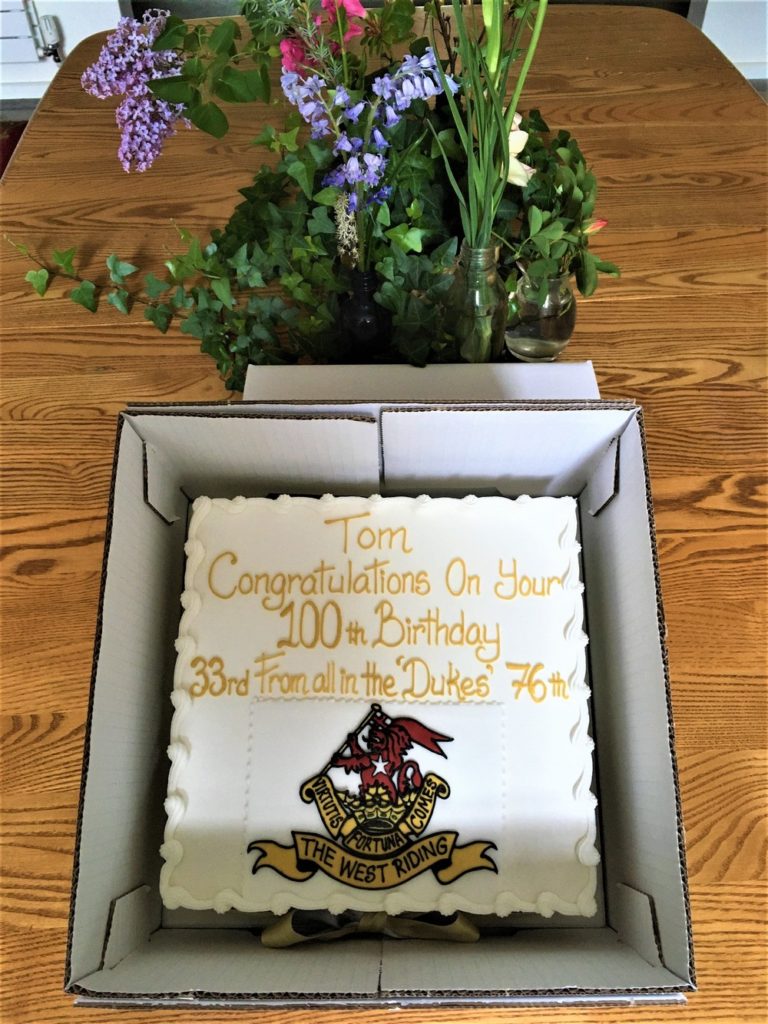 Below are some photos showing Major David Harrap, presenting Tom with the Birthday Cake. Captain John Hogg is stood holding the Association banner as well as the Tercentenary Statue, ready for David to present that as well. 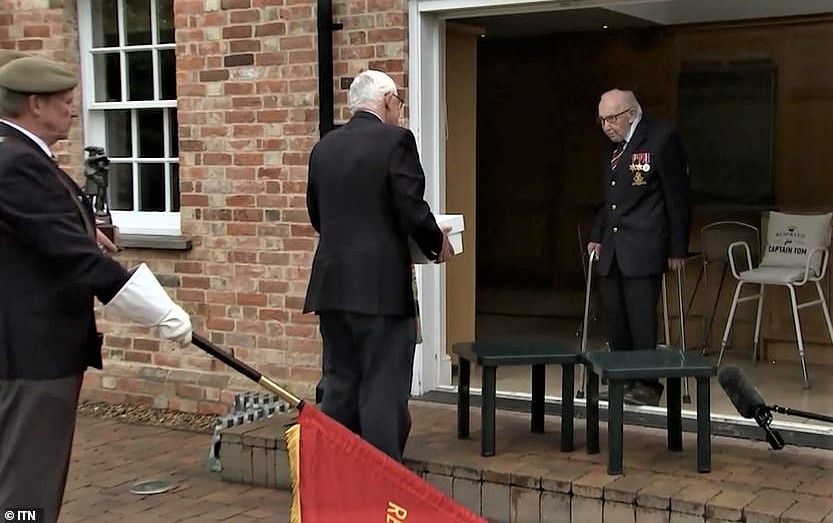 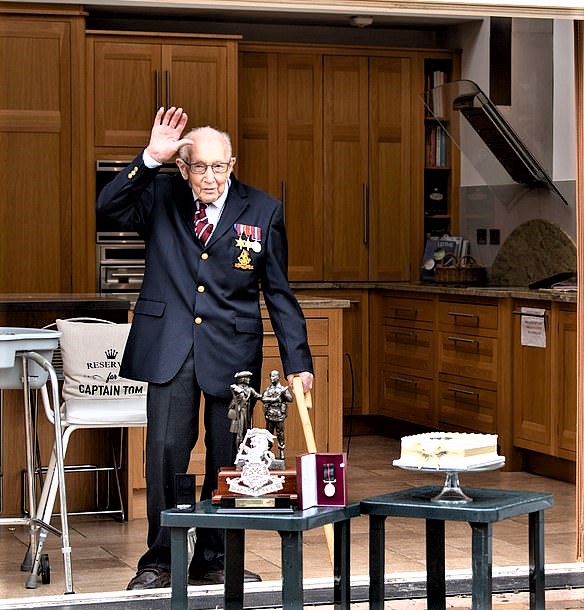