The lists below, of Regimental members, have been compiled from the Commonwealth War Graves Commission and are show here in Alphabetical order by surname;

When a body is eventually recovered and identified an individual grave is provided, with their name removed from the memorial and transferred to the headstone.

or from accident or illness whilst in service.  Most, but certainly not all, are noted below 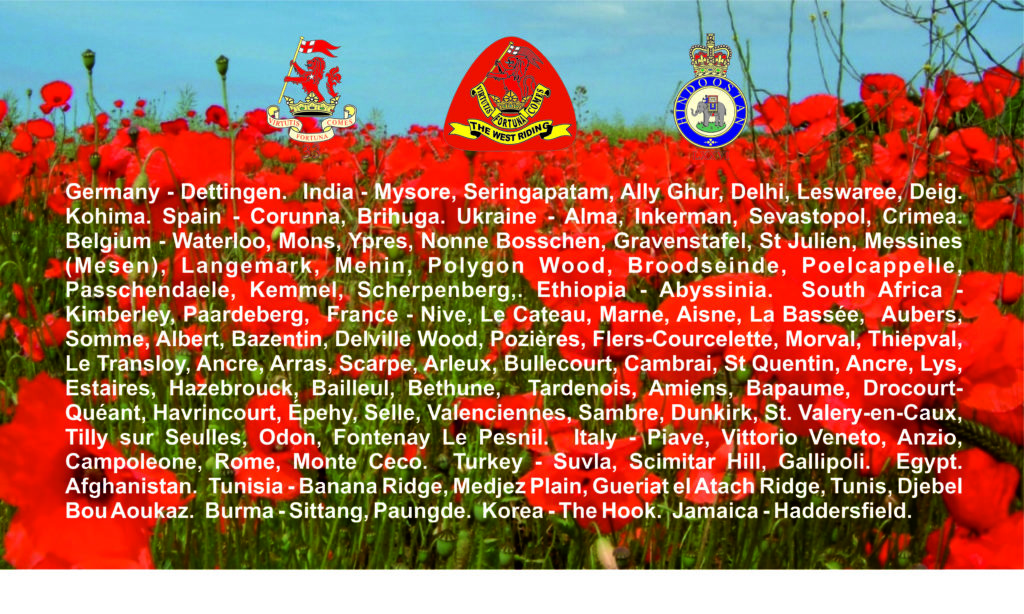